Anantnag is a prominent district in Kashmir valley. It is inhabited by huge populace of Muslims and then Kashmiri Pandits. Both of these are fond of lavish food which forms an integral part of Kashmiri culture. Since ages, Kashmiri people are known for their penchant for non vegetarian food especially the preparations of mutton. The typical Kashmiri cuisine has 30 dishes made from mutton. All these specialties are found easily in Anantnag as well because it is an integral part of the valley. 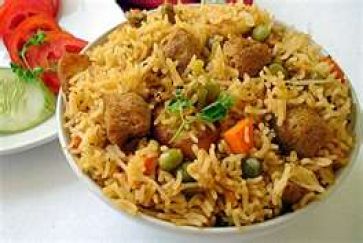 This region of Kashmir still depicts the taste of its ancient rulers who were Hindus and Buddhist. Later on, with ascent of Muslim rulers here, its cuisine underwent changes with inclusion of Persian and Central Asian flavors in it. There is one common factor of food in Anantnag district that is the love for non vegetarian. Both the Muslim community and Kashmiri pundits are fond of non vegan food. This love has been so since the pre historic times.

The richness and aromatic flavor of food in Anantnag is admired by the visitors as well. The food here is cooked slowly in order to enhance its flavor. With blend of dry fruits and right spices, they are spruced up in their taste. Eateries in Anantnag serve these delectable varieties that are relished by every taste bud. Muslims form a major part of its population and in their food, they avoid the use of Asafoetida and curd while Kashmiri pundits living here refrain from use of garlic and onions. 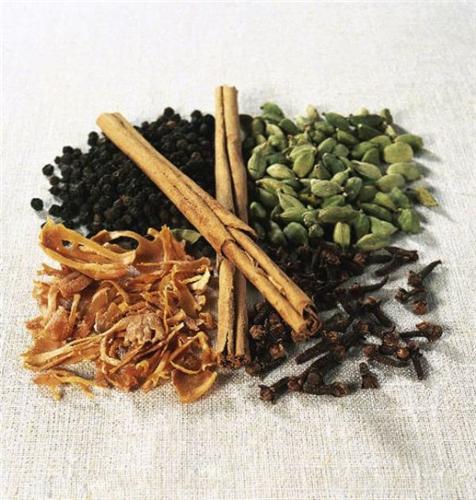 In fact, the food here is generally cooked without these ingredients keeping with the common taste of its people. This also differentiates the food of Kashmir valley from Jammu. Anantnag restaurants serve the food that is specifically related to its culture and traditions. Curd is extensively in the cuisine of Kashmiri pundits to make them deliciously creamy. Among spices, ginger, cardamom, saffron, cinnamon, cloves, and aniseed (Saunf) are widely used in the local food of Anantnag. 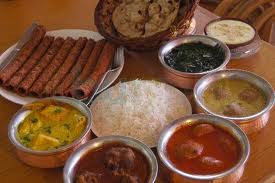 Anantnag has many leading food joints offering its mouth watering non vegan food which consists of varieties like: 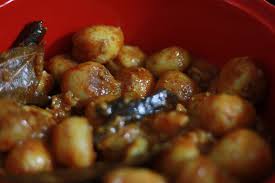 Though non vegan food is found aplenty in Anantnag, it is not restricted to the same. The city offers some finger licking savories for the vegetarians as well. The main dishes served in vegan platter are those cooked by Kashmiri pundits with rich spices, vegetables, cottage cheese, and lots of potatoes. They include:

Although the district is located at soaring heights with low temperature and chilly winters, people here basically abstain from any intoxicating drink. Rather, they have more intake of piping hot tea in different flavors. Road side tea stalls serving its varied varieties of Tea are a common sight here. They offer the famous Nun chai and Kahwa of this region. Nun Chai also called Sheer Chai is the salted tea with a pinkish color and unique flavor added by soda as an ingredient. The road side stalls often serve it in the traditional samovars. 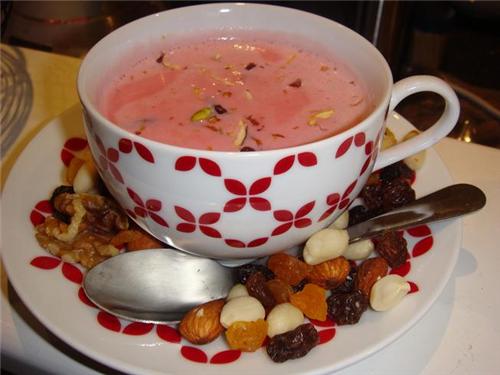 Kahwa, on the other hand, is a variety of green tea prepared with spices including saffron, almonds, or walnuts. There are many different flavors of kahwa served in local restaurants and tea stalls.

Since Anantnag has very fertile soil which yields rich produces of rice, it is also called the rice bowl of Kashmir. Hence, rice forms its staple food and it is extensively used in most of the dishes cooked here. The main dishes of rice served here are mutton pulao, kashmiri pulao, tursh, and also shree pulao.

Food of entire Kashmir valley is incomplete without the mention of lavish Kashmir Wazwan. This 36 course banquet meal of valley is served in almost all the hotels and restaurants in Anantnag as well. It takes lot of time to prepare this gourmet feast of Kashmir. It is a royal treat that was brought to this place by Timurs in 15th century.

Since then, this Wazwan holds a significant position in the cuisine of South Kashmir including Anantnag. Most of the dishes cooked under Wazwan are non vegan and only few preparations are vegetarian. To taste this delicious platter, you must visit the restaurants in Anantnag district serving this meal. 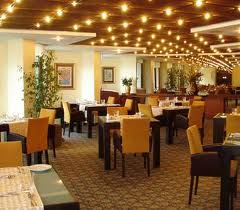 Anantnag is visited by hordes of tourists all through the year. To satiate the hunger pangs experienced by them while exploring the beauty o Anantnag, there are many popular restaurants being established here. These restaurants in Anantnag serve the authentic local cuisines like Kashmiri Wazwan and multi cuisines as well.

To serve all categories of travelers, they have a varied menu that comprises fast food, Chinese, Continental, and even South Indian food. The famous restaurants in the main city are Delhi Darbar, Pamposh Restaurant, Chinar Restaurant, etc.