This shrine in Lidder Valley is situated atop a 100 meters high hillock in Aishmuqam village of Anantnag district. The shrine is actually positioned in a deep cavern which is approached by a flight through the stairs. This place in Aishmuqam is very famous and revered for the Muslims as it belongs to Sheikh Zain-ud-Din Wali who was a disciple of one of the principal Reshi in Kashmir, Sheikh Nur-ud-din. Zain-ud-Din is a famous saint of valley who was actually a Hindu Prince Zia Singh belonging to the princely state of Kishtwar. He lived in 15th century AD in this district. 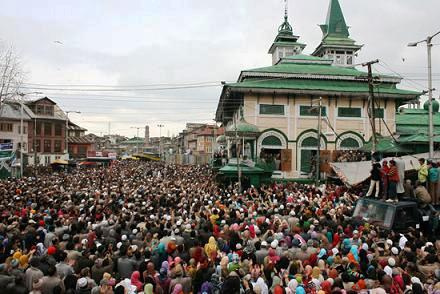 Zain-ud-Din Wali converted into saint from a Hindu Prince at very young age. His father Yash Singh, the king of Kishtwar, passed away when the prince was just 13 years old. At the same time, Zia Singh also suffered from a severe disease with little chances of recuperating. During those days, Sheikh Nur-ud-din was passing through this region. He was a saint popular for his miraculous powers. When Zia’s mother prayed to him for recovery of her son, he agreed to do so but with a condition that required Zia Singh to meet him in Kashmir after getting well. But Zia Singh did not keep his promise and he again became ill. This time, his mother was very anxious and she again promised the saint in her dream to meet him in Kashmir. 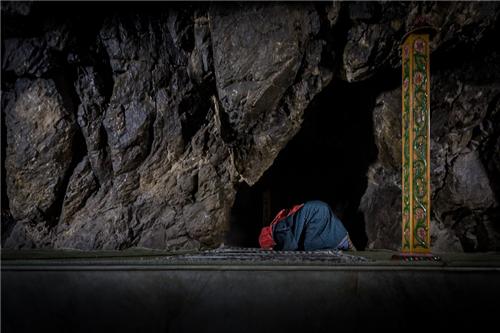 On recovery, both of them went on a challenging journey from Kishtwar to Bumzua to meet Sheikh Nur-ud-Din. On reaching there, they embraced Islam and Zia Singh was christened as Zain-ud-Din Wali. Later, he attained spiritual perfection at Mandjan village of Sopore Tehsil and then came to this cave in Aishmuqam when he was advised so by his spiritual teacher. It is said that the entrance of this cave was full of snakes and reptiles but the moment; saint Zain-ud-Din kept his club received from his teacher, Sheikh Nur-ud-din, on the floor, those snakes just moved away from that place. Sheikh meditated in this cavern for decades and it became his eternal abode thus.

Annual Urs of this saint is celebrated 13th day of Baisakh which is 25th April though exact date of his death is not known to anyone. There are two mosques called as Khankah attached to this shrine having some relics of this saint and these are kept on display for the devotees. These remnants of this venerated saint include his bow, a rosary, wooden club, wooden bread, a patten, and holy Quran. 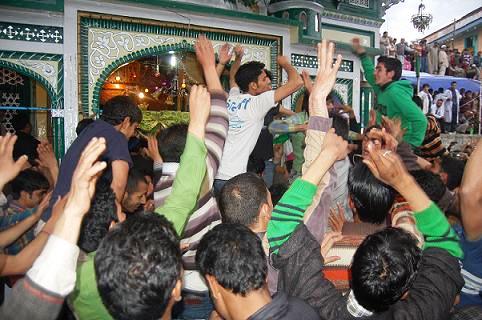 All these relics are highly respected by the devotees of this shrine which is very popular all over Kashmir. More than 20,000 people attend his annual urs here as a part of festival which is believed to be around 2000 years old. Thousands of devotees gathering at this shrine to celebrate his urs festival every year are people belonging to all faiths and gender without any discrimination.

How to reach Shrine of Hazrat Zain-ud-Din Wali 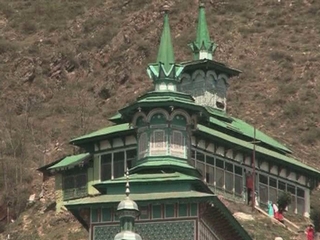 This shrine in Aishmuqam is easily accessible from Anantnag city through the road transport. It is located along the main Anantnag- Pahalgam Road. It is nearly 20 km away from Pahalgam in Lidder valley. Buses and taxis are easily available from both Anantnag and Pahalgam to visit this shrine.

From this road, there is a diversion towards right that takes straight to this shrine of Hazrat Zain-ud-Din Wali. It is just few hundred meters away from main road and this distance can be covered even by walking.