The boundless beauty and majesty of Kashmir Valley is so alluring and captivating that since ages, this land has been exposed to sudden metamorphosis of its religious and political status. As an integral part of this valley, Anantnag was also witness to change of rulers and regimes several times in its history. The history of this place is also quite intriguing because of its existence dating back to prehistoric era. It finds its mention in the ancient epics and chronicles that exhibit the significance of this land in Indian history. Right from its name to its historical sites, Anantnag has lot in store for every avid historian. 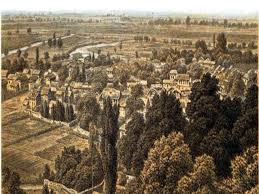 Significance of Mythological Era on name of Anantnag

Anantnag finds its mention in Hindu mythology as a place where Lord Shiva dropped his numerous serpents on his way to Amarnath caves. Hence it got this name meaning ‘countless’ (Anant) ‘serpents (Nag)’. In Bhagvada Gita, the city finds its citation as ‘I am Anantnag’. This era is believed to have the strongest impact on the nomenclature of Anantnag. In Sanskrit, Anant means infinite and nag refers to springs in Kashmiri lingo. Hence it can be said that Anantnag got this name due to the numerous springs originating from this place.

There is also the great Anant Nag spring that flows through the heart of this city and perhaps, that may have given its name thus. In most of the ancient mythological chronicles of Hindus, Anantnag is believed to have derived its name from these springs. It is a fact validated by local historians as well as inscriptions of Koshur and Neelmat Purana.

With its existence since 5000 BC, it is one of the oldest human establishments in the world. It is said that before 1320 when Muslims had not ascended in this region, the whole Kashmir was segregated into three different divisions that included Yamraj in its center, Maraj towards the South and Kamraj towards North. This division of land resulted from the war of throne between two brothers Marhan and Kaman.

Current capital of Kashmir, Srinagar was the center point or Yamraj. Maraj was the name given to stretch of land between Pir Panjal ranges and Srinagar. This area is now called as Anantnag. Towards the south of Srinagar, was Kamraj. It is believed by some of the historians that this segregation of valley was later continued as its division into 34 sub divisions, though after 1871, they were made 5 districts.

Remnants of the ancient historical era of Anantnag can be found in historical sites like Martand Sun Temple which was built during the reign of Lalitaditya, the mighty emperor of Kashmir in 725 to 756 AD. The temple was later destroyed by Muslim invaders and it is still standing majestically, though, in ruins.

With the advent of Muslims in Kashmir region, its history was largely impacted. They set up their regimen here and had greatest impact on its landscape. It was during the rule of Mughals that the entire state of Kashmir was bestowed with some of the most striking architectural marvels. They built many magnificent gardens, palaces, and forts in the region. These historical reminiscences of Mughal era are also found in Anantnag district. The structures were erected in rich style of architecture that was so peculiar to the Mughals. 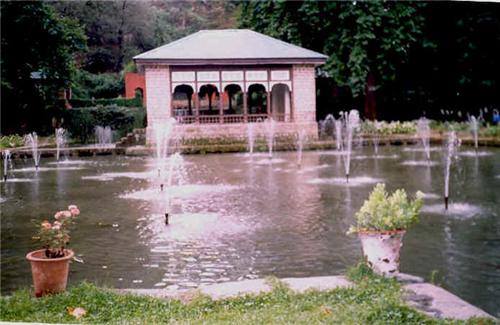 The Mughal gardens of Achabal and Verinag are some of these splendors of that era in Anantnag district. During that era, a Faujdar was appointed for Anantnag. In 1663, the Mughal governor of Kashmir, Islam Khan gave the name of Islamabad to Anantnag. But this name was changed later on by Gulab Singh who succeeded Mughals. But there are few pockets in Anantnag where this name is still prevalently used.

Before the beginning of twentieth century, Anantnag was an area limited to the plateau of Fatehgarh. It had a small population of 9 thousand only during that time. In 1901, it was declared a town and then it showed gradual growth in population as well. People from this city used to migrate in large number to Srinagar for better employment opportunities. The trend continued till 1951 after which the city witnessed gradual growth in these numbers.

Due to this growth, the Housing and Urban Development Department of Jammu & Kashmir Government declared Anantnag as Municipal Council of Anantnag. Since then, the city has shown tremendous progression in agriculture and trade in South Kashmir region. With these developments, Anantnag has emerged as a historical city which has grown from leaps and bounds to become a second order urban establishment in the valley of Kashmir.