Mosques and Shrines in Anantnag

The land of Sufism is a term rightly coined for Kashmir valley. It is the place where the philosophy of Sufism is spread in the air with its enchanting aura and mystique. The entire valley is dotted with some of the most revered and splendid shrines related to Islam. The Muslim rulers of this land and saints have added so much to its religious heritage in the form of mausoleums and mosques. Anantnag is a city which possesses a beautiful confluence of Hinduism with Islam. 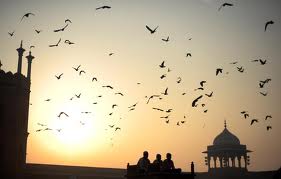 The entire district boasts of the venerated shrines related to both these religions. The sufis and saints of this region were respected all over the Kashmir valley due to their ideals and principles. As such, the dargahs and mosques built in the earlier eras of Anantnag are visited by the devotees from all parts of the state. The dargahs in Anantnag are venerated for the people of all faiths and religions. The main city also has many famous mosques that are considered pious by the Muslim community residing in this region.

Famous Mosques and Dargahs in Anantnag

The famous Mosques and Dargahs in Anantnag are:

Located about 20 km away from Pahalgam, this shrine is situated on top of a hillock which is 100 feet high. It is actually situated in a deep cavern which can be reached by the stairs. This shrine in Aishmuqam is very famous for the Muslims as it belongs to Sheikh Zain-ud-Din Wali, a disciple of Sheikh Nur-ud-din, who was one of the main Reshi in Kashmir valley. The mosques or Khankas attached to this shrine also have some remnants of this saint on display for the devotees. 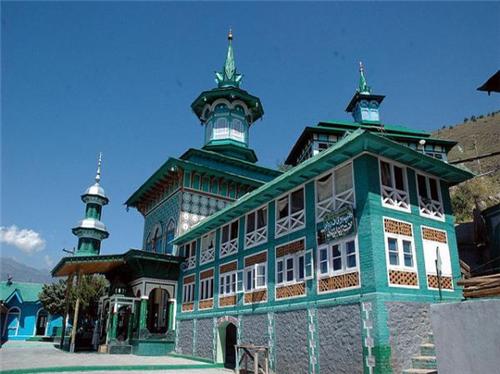 The festival of Urs related to this saint is celebrated on 13th day of Basakh which falls on 25th April. Thousands of devotees celebrate his urs festival every year at this shrine in Aishmuqam.

Also known as Harda Reshi or Reshi Maloo, Hyder Reshi was a venerated saint in Anantnag. His shrine is visited by both Hindus and Muslims alike. It is located in a busy locality called Mohalla Reshi Sahib in Anantnag city. It is the place where the saint is enshrined with his 21 loyal disciples. Reshi Maloo was born in the family of a blacksmith but he possessed and exhibited miraculous powers from the childhood. 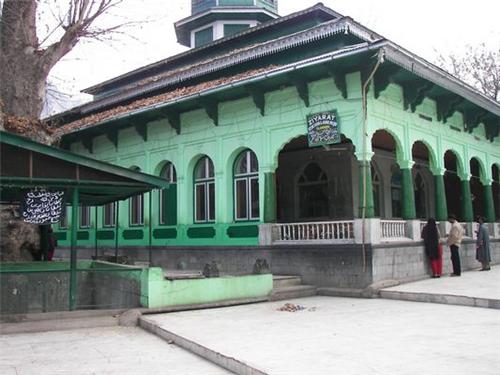 He was a disciple of Sheikh Hamza Maqdoom of Hari Parbat Srinagar under whom he took spiritual knowledge. For all his life, he refrained from meat or onions. He became famous after the ruler of Kashmir and his son noticed his wisdom and Baba Dawood Khaki, the chief Qazi of Kashmir visited him. Some of the relics of this saint are protected and displayed in this shrine for his ardent devotees.

This shrine is related to Hazrat Nassar Din who was believed to have migrated from Rawalpindi. Though, the saint always called himself Naseeb Kashmiri as he was born in Kashmir after his father came from Rawalpindi. At the tender age of 7 years, he attained spiritual inspirations from Hazrat Sheikh Hamza Makhdoomi who later sent him to Baba Dawood Khaki. Baba Naseeb was a proficient Kashmiri and Persian scholar having written 22 books in Persian and Arabic. 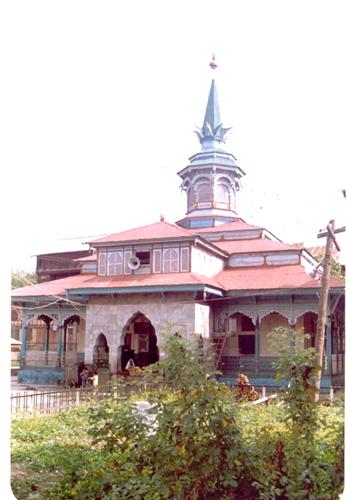 He visited the toughest terrains of Kashmir Valley to preach Islam and built 1200 mosques, bathrooms, and bridges to spread the teachings of Islam. He died at the age of 82 and he was buried at Brijbehara near Anantnag city. His mausoleum was built there by Hazi Baba and later, reconstructed by his son in 1715.

This is a famous mosque in Anantnag situated in Reshi Bazaar of Mohalla Khaki Sahib. This mosque was built around 600 years ago and named after Sheikh Baba Dawood Khaki, who was the chief Qazi of Kashmir and disciple of Hazrat Sheikh Hamaza Makhdoomi. 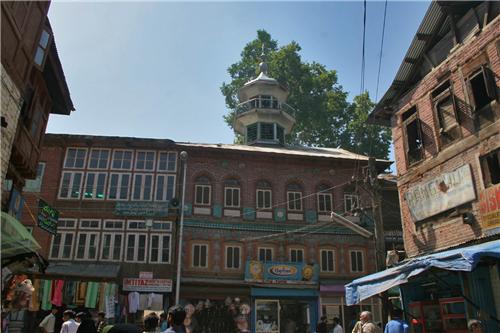 The mosque is located at the platform where once, Shah Hamdan of Iran came and offered his prayers. The ground floor of this mosque was constructed in 1397 by the son of Shah Hamdan, first floor in 1579 by Baba Dawood Khaki, and second floor was completed in 1582 AD. This saint also built several other mosques in Anantnag district to promulgate Islam. Most of these mosques were named after him.

This mosque was constructed to memorialize the saint Hazrat Syed Mohd Inayat-ullah Qadiri Samnani. He visited Kashmir in 1528 AD from Central Asia along with his disciples. The construction of this mosque was initiated by him in that year itself at the foot of Martand Plateau. This saint died in 1587 at the age of 75 years while his body was buried in a shrine located nearby. Every year, on 8th day of Shaban, death anniversary of this saint is celebrated here.


Explore more about Tourism in Anantnag