Kashmir is often referred to as the paradise on earth. It is due to its striking beauty that is pristine and mystic. It is rightly referred to as the holy land of saints and sufis. The soil of Kashmir valley has rich religious values ingrained in its traditions and lifestyle as well. As an integral and focal center in Kashmir valley, Anantnag proudly carries this religious heritage forward. The entire district of Anantnag boasts of the most revered shrines of Hindus and Muslims alike. It is the place where religious tolerance and humanity seems to have struck the right chord in the form of these religious places in Anantnag. 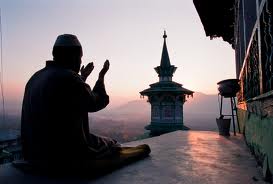 People belonging to any faith bow their heads in reverence to these shrines that were laid by the erstwhile sufis and munis of Kashmir. They take one closer to the nature and its creator with their strong influence. Most of these religious places carry historical importance as well. They were built during the pre historic era of this valley and hence, they reflect the rich culture and architecture of this region as it was during those times. Every year, thousands of devout pilgrims visit these shrines in Anantnag to seek the blessings of lord and Reshis resting peacefully in their abodes. Mostly, hordes of pilgrims are witnessed and welcomed in the valley during the time of festivals being organized at these shrines.

For the Hindus, the land of Kashmir valley is a manifestation of holiness. Almost every countryside settlement in this region possesses a temple that has historical and religious significance. In Anantnag district of South Kashmir, there are many such holy abodes termed as temples which are historical in architecture and religious in fervor.

The most ancient and magnificent complex of Martand Sun Temple deserves a special place in the prominent temples of Anantnag. Just 10 km away from main city, you can find the ruins of this splendid temple which sings the glory of ancient Kashmir. It is elegantly positioned on the highest point of a krewa overlooking the entire Kashmir valley lying beneath it. Today it stands tall with a height of about 40 feet and its solid walls tough enough to withstand the atrocities of time. Built between 370 and 500 AD, this temple exists as the magnificent wonder of Kashmir valley dedicated to Sun God also called Martand in Sanskrit. 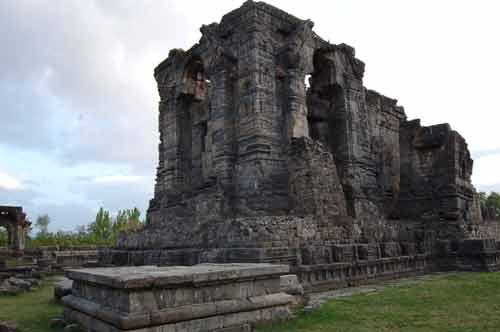 Other Famous Temples in Anantnag

It is also called Kheer Bhawani Asthapan as it is named after the famous spring that originates from this point in Mohalla Khaki Sahib of Anantnag. This spring is said to be the place underneath which Goddess Durga resides in the city.

This temple in Uttarasoo of Anantnag Tehsil is the abode of Goddess Uma Devi. Here the goddess is believed to be presen in the form of 5 springs attaining the shape of Omkara. Two out of these springs unite into one resembling the communion of Shiva with Shakti. 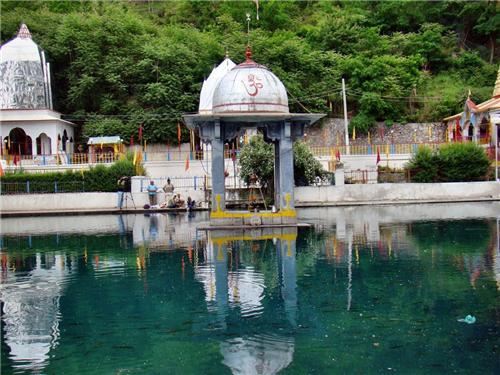 It is situated around 2 km away from Achabal in the form of Ram Krishnan Mahasammelan Asharam, settled here 40 years ago.

These are the cave temples situated on the banks of River Lidder near Anantnag. The largest temple is dedicated to Kaladeva and supposedly built around 1st or 2nd century AD. It is a historical, religious, and archeological wonder in the valley.

At distance of 8 km from Anantnag, this temple is built at the origin of a sacred spring known as Bawan in small village called by the same name.

Mosques and Dargahs in Anantnag

Anantnag presents a perfect synthesis and communion of faiths where Hindu and Islamic shrines co exists in great harmony. The district has many revered mosques and dargahs as well that beautifully stand as a testimonial of religious tolerance of its people. The most prominent among them are:

This holy shrine is situated on a hillock at the main Anantnag- Pahalgam Road. It takes a walk of few meters to reach this shrine which is located in a deep cavern in the village of Aishmuqam. Every year the Urs of Baba Zain-ud-Din is attended by thousands of devotees who throng this place irrespective of their religious beliefs.

This shrine in Mohalla Reshi Sahib of Anantnag city is also a venerated shrine for the people of valley. It is the place where the sacred body of saint Baba hyder Reshi or Resh Molu is enshrined with his 21 loyal disciples. The shrine has the relics of Baba and his other possessions are also kept on display for the devotees here.

This shrine is dedicated to a saint who is believed to have come from Rawalpindi to Kashmir. He attained spirituality at the tender age of 7 years under Hazrat Sheikh Hamza Makhdoomi. Baba Naseeb Gazi was a great Kashmiri and Persian scholar who had written 22 books in Persian and Arabic.

This oldest mosque of Anantnag is situated in Mohalla Khaki Sahiban of the city. It was built around 600 years ago and was named after the famous saint Hazarat Sheikh Baba  Dawood Khaki, who was also the chief Qazi of Kashmir during that time. This mosque was started 600 years ago and was completed in 1582 AD.

This beautiful mosque was built to commemorate Saint Hazrat Syed Mohd Inayat-ullah Qadiri Samnani, who came to Kashmir in 1528 AD from Samnan city of Central Asia. It is positioned at the foothill of Martand Plateau and was constructed in 1528 by this saint.

Anantnag district does not possess many churches in its arena. There is only one church in the main city which is housed in John Bishop Memorial Hospital. It is in the Mohalla Sarnal of Anantnag town and was built around the year 1942. This chapel was constructed to provide the place to offer the prayers for Christian employees of the hospital, protestant Christian community of the town and its nearby places.