The entire Kashmir valley is blessed with the most stupendous wonders of nature. The mountains, thick woods, high chinars, gushing streams, and meandering meadows all layered with snow, are the bounties of nature found aplenty here. Anantnag, as a prominent and most populated district of this valley holds a distinctive place in the tourism of this region. This district has many significant tourist spots lying in its close proximity for alluring the nature lovers. Among these tourist destinations, Verinag town deserves a special mention. 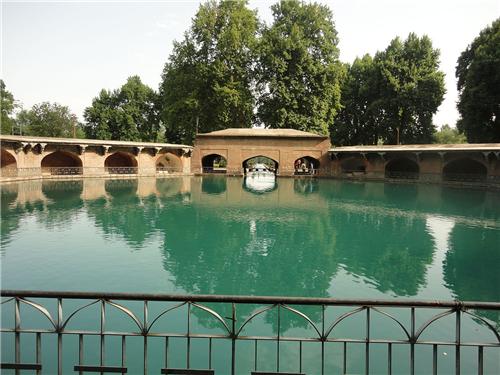 This notified area committee in Anantnag district is situated around 26 km away from Anantnag city and it is 78 km from Srinagar, the capital of Jammu and Kashmir in summers. At an elevation of 1851 meters above sea level, this town is located near Banihal Pass at the foothill of mountains covered with thick pine forests. This place is named after the famous and sacred spring which is also believed to be the origin of Jhelum River.

Around this Verinag Spring, an octagonal stone arcade and basin were laid by Emperor Jehangir to enhance the beauty of this place. Later on, his son Shah Jahan got Mughal Gardens built around it to capture the natural splendors of Verinag. The town of Verinag, thus, became synonymous with this spring and Mughal Gardens built in 1620 AD. Verinag Gardens also earned the distinction as a Monument of National importance as recognized by Archeological Survey of India.

Originally, Verinag spring was a pond of water with an asymmetrical shape. It had water issuing from underneath and forming a marsh. When Emperor Jehangir witnessed the beauty of this spring, he decided to get it redecorated and thus, he initiated the construction of an octagonal stone tank to contain the water of this spring. To build this tank, the carvers were brought from Iran during 15th century. This date of construction was inscribed on a slab that is carved into the south wall of the arch built around this tank. 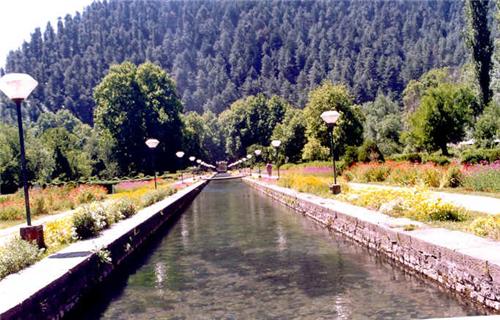 The love for nature of Mughal Emperors cannot go unnoticed in the Mughal Gardens which were built by Shah Jahan after the seven years of this construction of octagonal tank in Verinag. There are cascades and fountains running in vertical rows. They are surrounded by beautiful pink roses and tall chinars engulfing this entire arena in an enchanting setting laid by nature. There is a 300 yard canal flowing through the garden to be merged into Bihat River. Shah Jahan also built hot and cold baths in this garden but they could not withstand the times and went in ruins. Their traces are only found here and preserved by local authorities.

Talking of the Octagonal tank, it has crystal blue water originating from the spring that is 50 feet deep. The tank is also full of carp considered sacred. Surrounded by the arched recesses, which are 24 in number, it was built as pleasure retreat of the emperor. Some of these recesses still have the stairs going upwards to the palace that used to exist on its first floor. It was ruined in a fire break out few years back. The magnificence of this structure can be only imagined in theses ruins that exhibit exquisite carvings done on the stones. 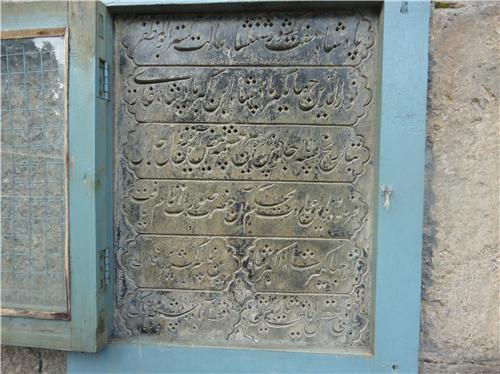 The arches have two stone slabs carved into southern and western walls. These slabs describe the beauty of this spring, its sacred values, and date of its construction.

Mughal Gardens of Verinag holds important place in history of Kashmir. They were laid by an emperor who was fond of natural beauty. Jehangir and his wife Nur Jahan used this place as their pleasure retreat and this was the favorite one for Jehangir. He also expressed the desire to be buried near Verinag Spring but this wish of the emperor could not be fulfilled by his wife and courtiers. 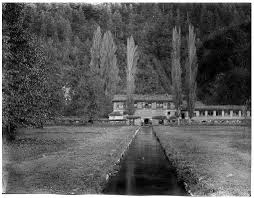 The beauty of Verinag finds its citations in many ancient inscriptions including Ain-i- Akbari, Rajatarangini, and Tuzk-e-Jahangiri. This historical garden was built in typical Persian style with a rectangular garden full of Persian roses, and myriad fragranced blooms. A wide canal with grand entrances to the garden and walkway passing through a grand colonnade taking to the octagonal tank, are the beautiful remnants of Mughal Empire in Kashmir valley.

Verinag holds great mythological significance for Hindus. This origin of Jhelum has many fables from mythology to mark its importance and they also impacted its etymology. It is the place from where Vitasta Goddess had to recede as Lord Shiva was resting here and she then took rise from distance of around 1 mile. Thus it was named as Virah, (return) and nag (water spring), that later became Verinag. 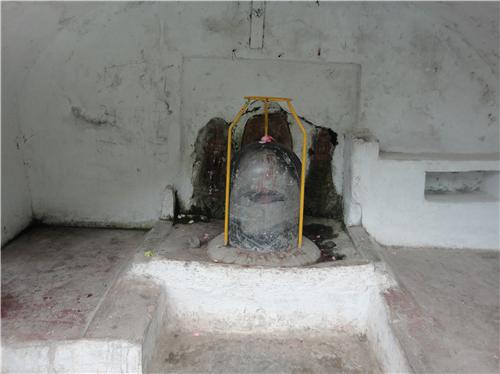 There is another chronicle of Verinag that says that it was the abode of Neelnaga, the king of Nagas (deity of spring in Kashmir). Hence it was earlier called as Nilakund also. Vithavatur, which is 2 km away from here, is the point from where Vitasta or Jhelum originates. At this junction, there is a confluence of numerous springs called Sapta Rishi. This Sangam (confluence) has an annual fair for thirteen days in Bhadrapada, marking the origin of this river.

Verinag spring is considered sacred due to these mythological references. The first stone arch of this spring also has a Shiva lingam which is daily worshipped by local Brahmins. There is an old temple inside garden housing many Hindu deities. 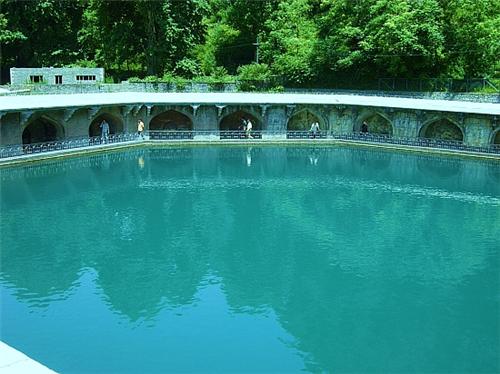 How to Reach Verinag

National Highway 1A connects Verinag to Srinagar. This highway is situated around 6 km from Verinag. By road, you can take buses running from Anantnag to reach this place which is just 28 km from Anantnag. Taxis are also available on this route. Qazigund Railway station is just 17 km away from Verinag and has some trains that can take you to this amazing place in Kashmir valley.